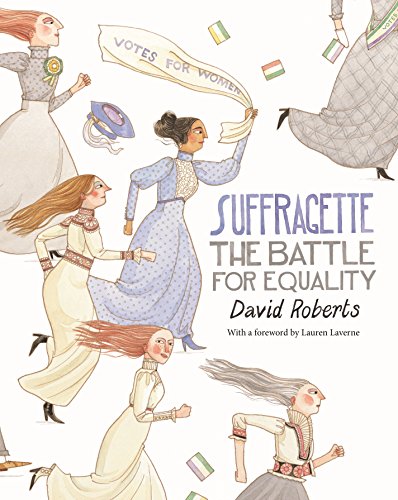 The year 2018 marks a century since the first women won the vote in the United Kingdom, and Suffragette tells the story of their fight. This is a tale of astounding bravery, ingenuity and strength.

David's writing is accessible and his artwork full of rich detail, bringing to life the many vivid characters of the women's suffrage movement – from the militant activist and wheelchair user Rosa May Billinghurst to the world-famous Emmeline Pankhurst, Millicent Fawcett and Emily Wilding Davison.

Covering the whole range of female and male suffragist experiences – from aristocrats to the middle and working class as well as a look at the global struggle for universal suffrage, Suffragette: The Battle for Equality makes a fantastic introduction to a fascinating topic. David Roberts' exquisite artwork and clear, exceptionally well-researched text make this the perfect gift.

This 128 page book is fully colour illustrated on every page, and has been completed with advice from June Purvis, Emeritus Professor of Women's and Gender History at the University of Portsmouth.